Udaipur is referred to as a place that can give quaint European towns a run for their money. A town nestled in the valleys of the Aravalli range, with lakes, palaces and stories of the mighty Rajput empire at every turn, Udaipur was impressive at first sight. 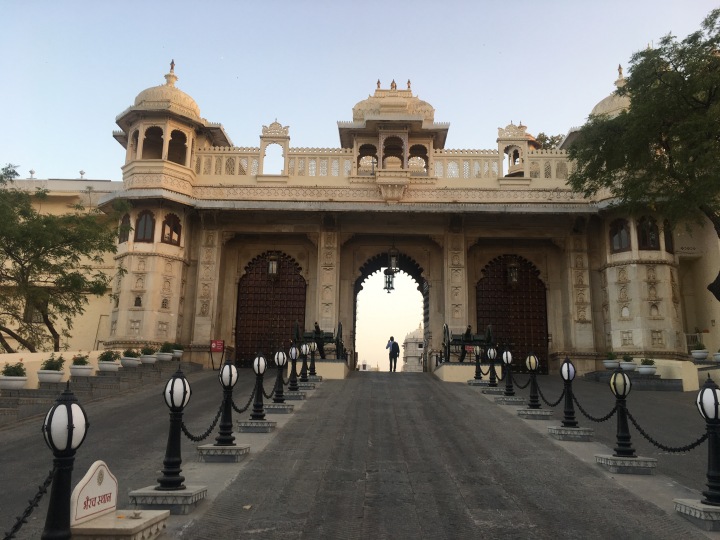 We’re a group of four backpacking for more than a week around Rajasthan, and we had booked The Journey Hostel, a place with bunk beds, similar backpackers, who were mostly foreigners and casual open terraces overlooking the Pichola lake and City Palace.

The first place we went to upon reaching was Millets of Mewar, an award winning healthy restaurant, where we ate some really good Rajasthani thali over a game of chess. This was followed by some exploration of the city, as we walked along ghats by the lake and tiny lanes lined with street food, massage parlours and restaurants screening the James Bond movie shot in Udaipur, Octopussy, every evening at 7pm. 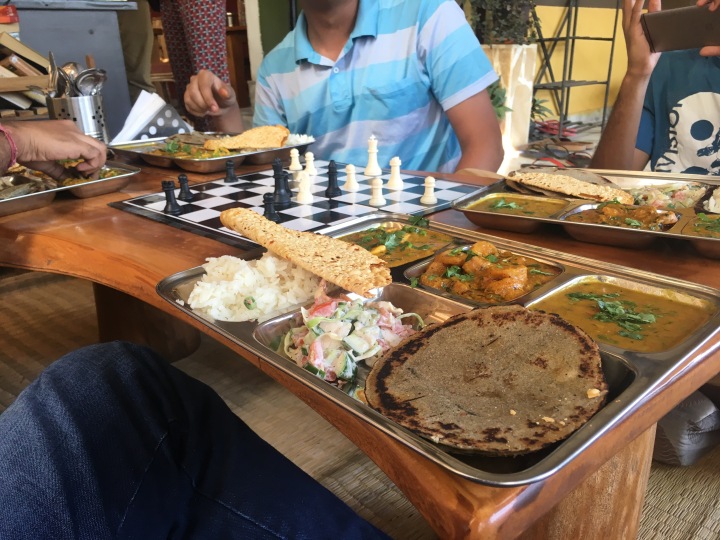 We went on rickety bridges across different parts of the lake and reached the City Palace right in time for the sound and light show. The show traced the history of the dynamic Rajputs of Mewar, their battles, relationship with the Mughals and formation of the new capital of Udaipur. The voiceover was majorly done by the current flag bearer of the Mewar family, Rana Arvind Singh.

After the show, we took a tuktuk to Sukhadia cricle, where we thulped some streetfood post which we walked to Fateh Sagar lake, which was a pretty sight by the moonlight. The rabdi falooda with strawberry ice cream is something that shouldn’t be missed. 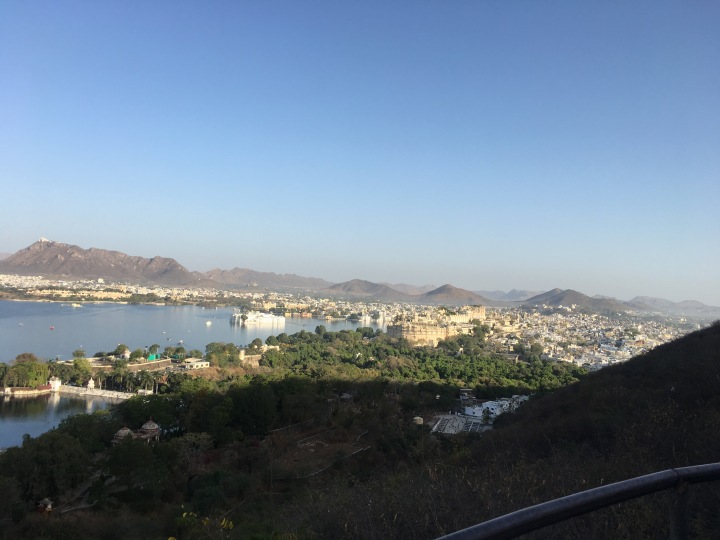 We woke up next morning and hit the Karni Mata temple, which needed a 20 minute trek to the top, where we were rewarded with some amazing free poha and breathtaking views of the old and new parts of the city. On finishing that up, we went into Bagore ki Haveli. It’s a 19th century Haveli (Town Hall) converted into a museum, which showcased the culture and traditions of the Mewars, including their marriage customs, weaponry and a slightly creepy hall of puppets.

The best part about any place in Rajasthan is the constant availability of tasty street food. And we made sure nothing stopped us from gobbling up all kinds of food we found on the streets. 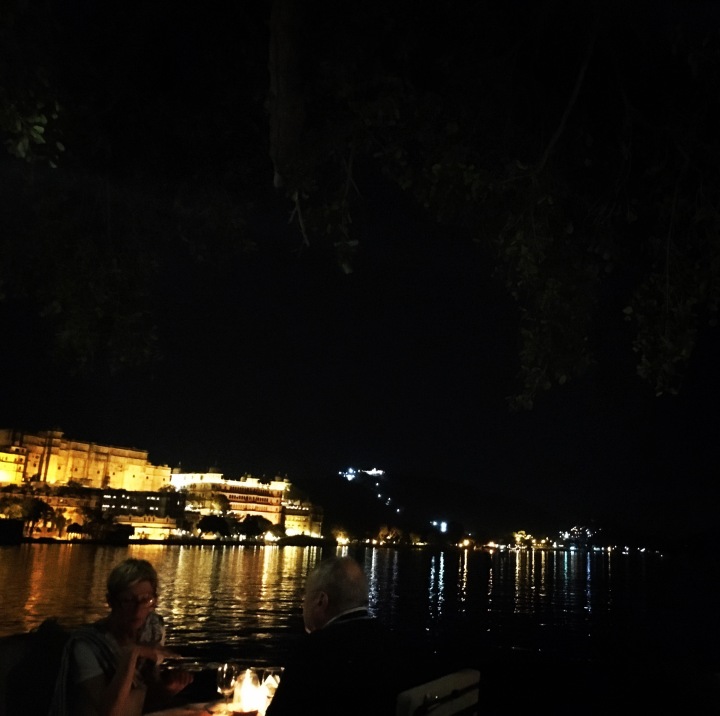 Our next hop was to the City Palace, which was the main attraction in the city. Built in the 16th century by the founder of Udaipur, Rana Uday Singh II, and continuously improved upon by the succeeding Ranas, the palace was a sight to behold. It gave me the ‘straight out of Versailles’ feel, and we spent a solid 3 hours there weaving through multiple wings and letting things sink in.
For dinner, we went to the highly recommended Ambrai restaurant by the lake, with direct views to the City Palace and Taj Lake Palace. The food there was competing with the ambience and it was tough to figure out which one was the winner in the end. 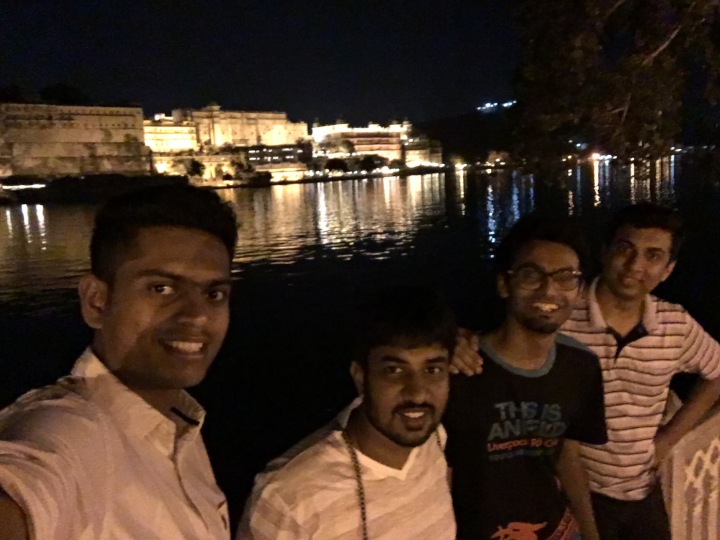 The next morning, we took a bus to Mount Abu, thus bidding goodbye to Udaipur and moving on to the next leg of our 9 day trip. 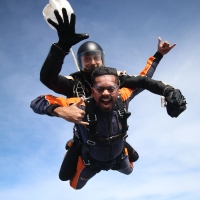